A global scientific meeting fully dedicated to research on the bottom-up assembly of a functioning synthetic cell.

For two days, the Science Centre at the Delft University of Technology was the international epicenter for the research on building a synthetic cell. The BaSyC Symposium brought together top researchers in the synthetic cell field, as well as representatives of the industry and ethicists. During the symposium, 160 participants from 10 different countries attended 21 presentations, covering all aspects of building an autonomous, self-reproducing synthetic cell. 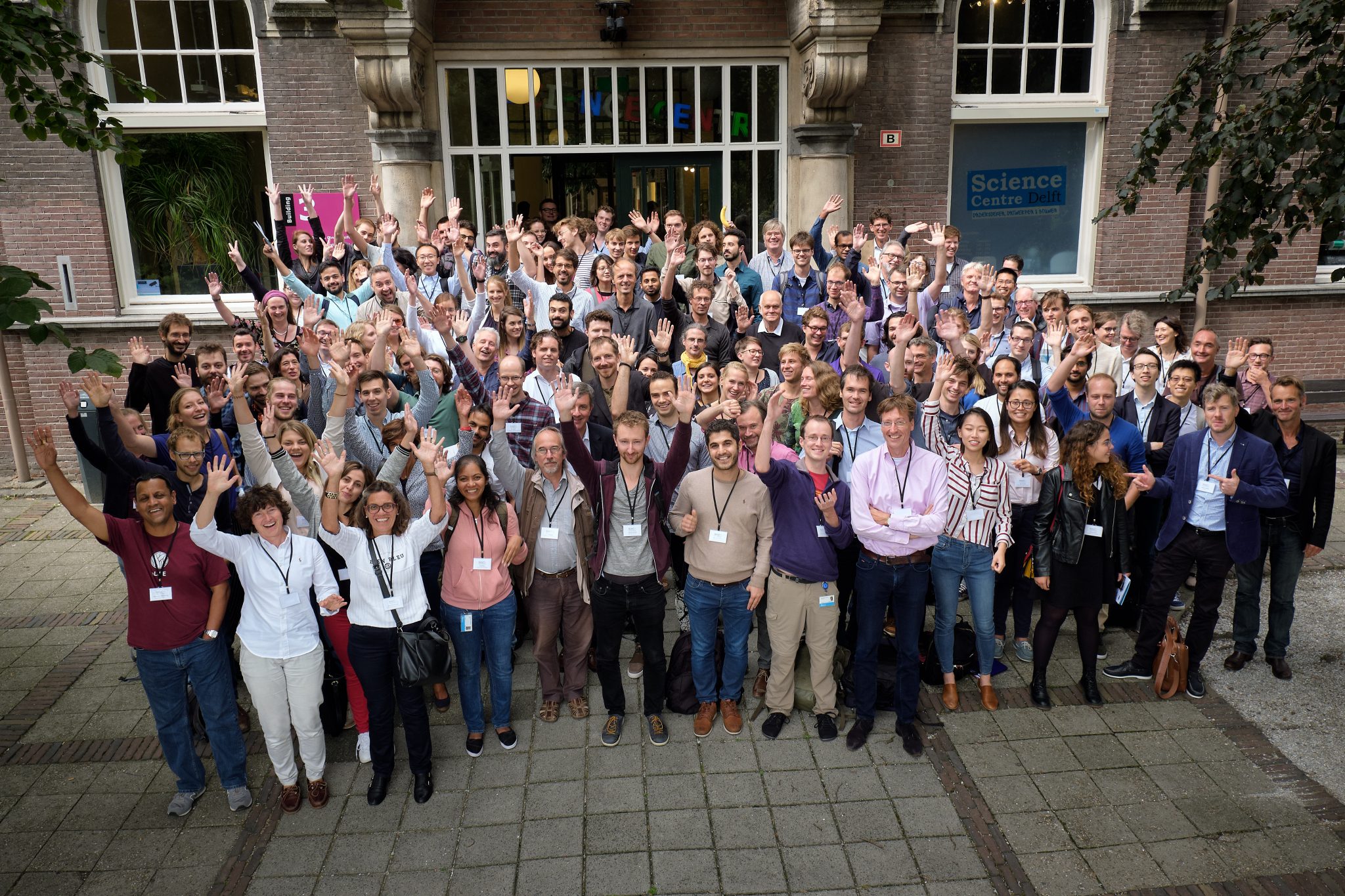 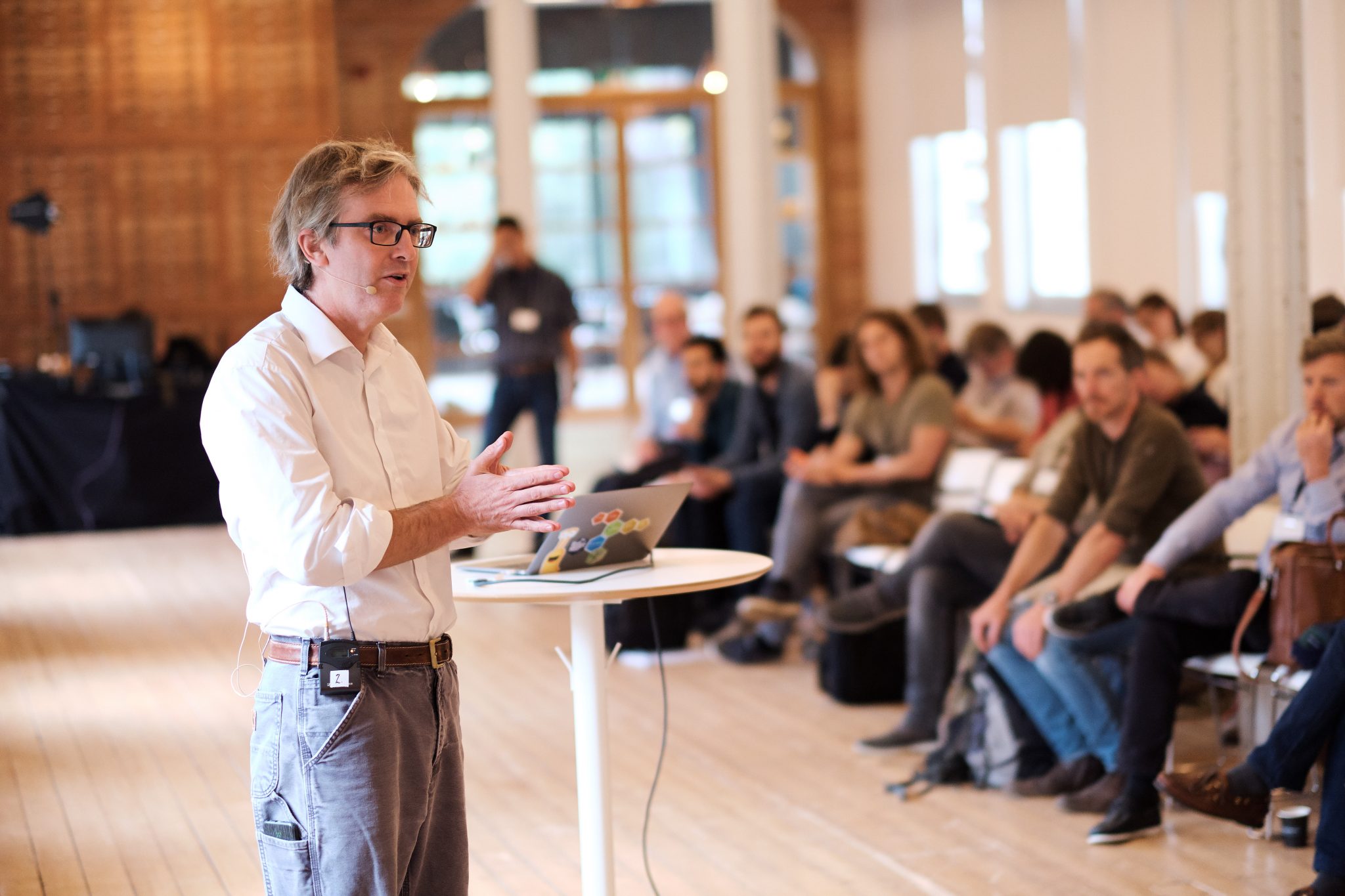 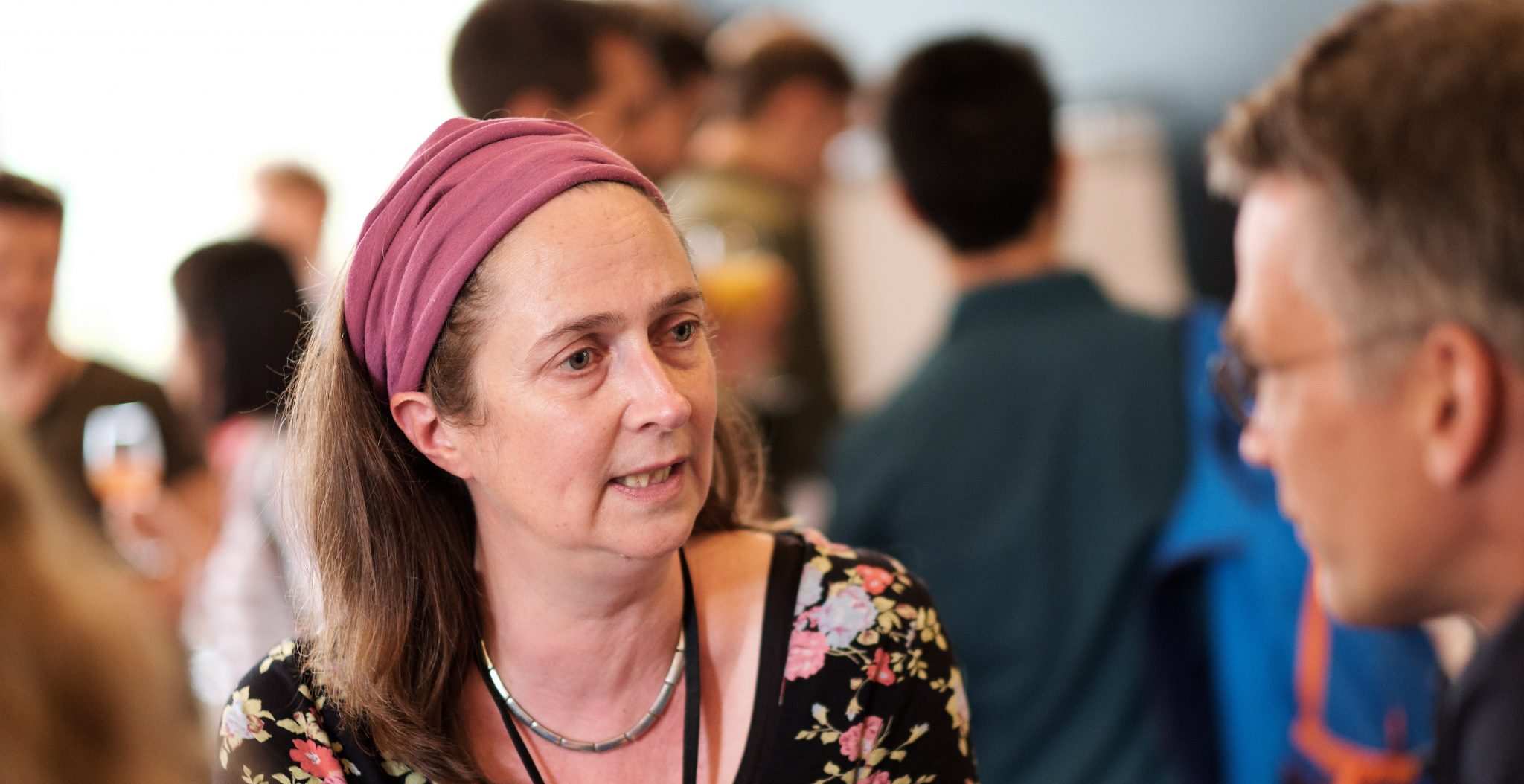 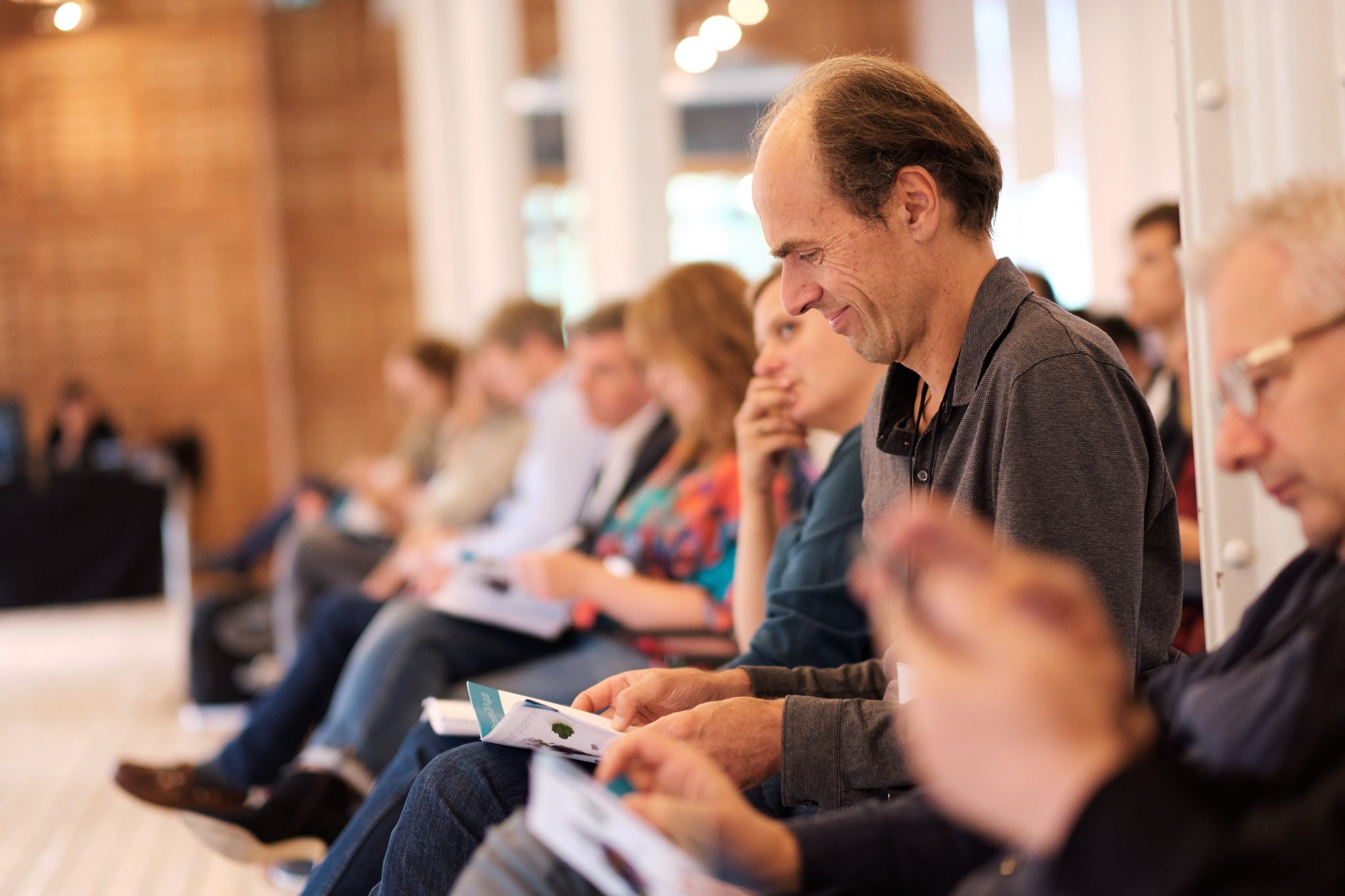 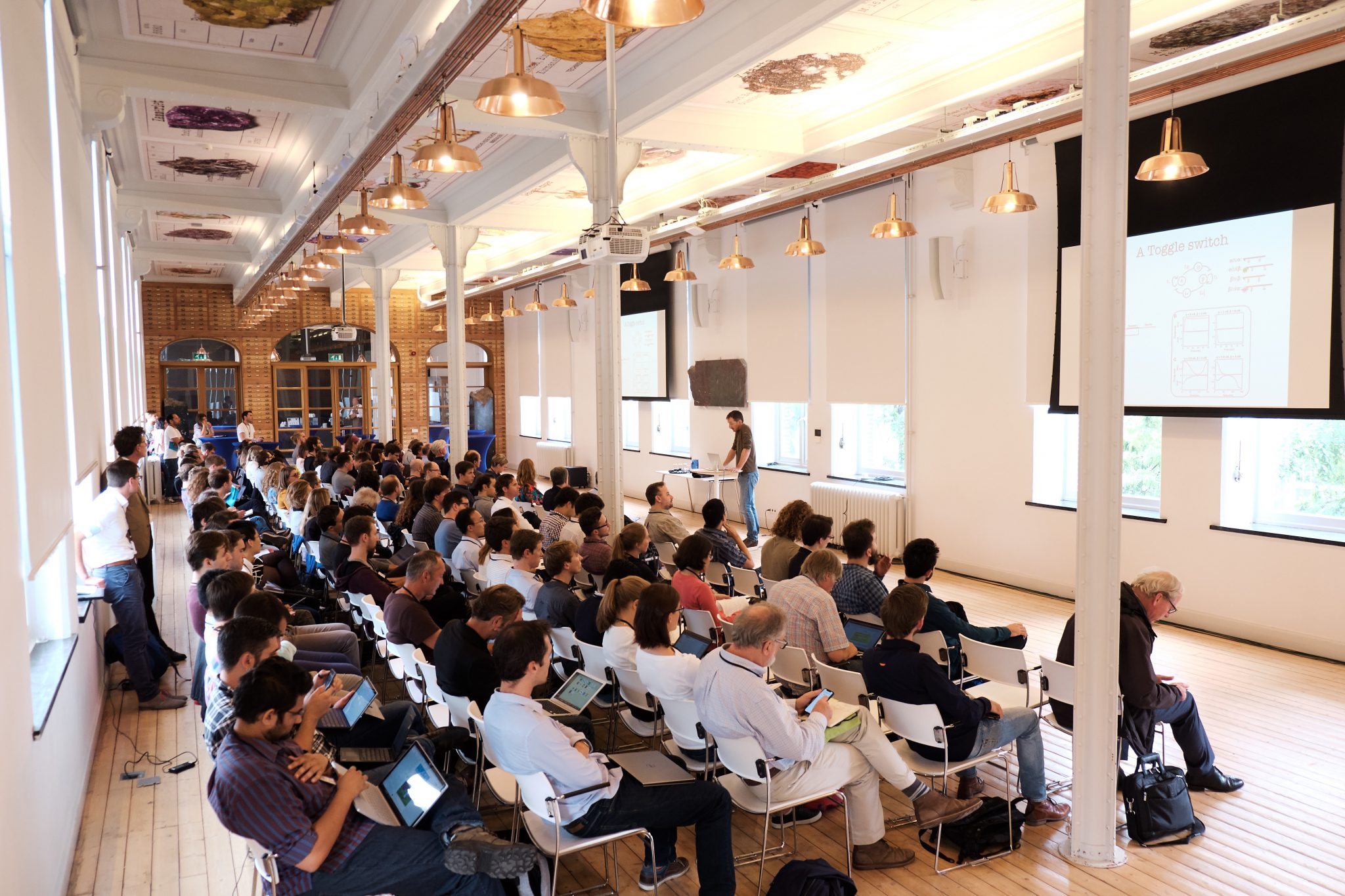 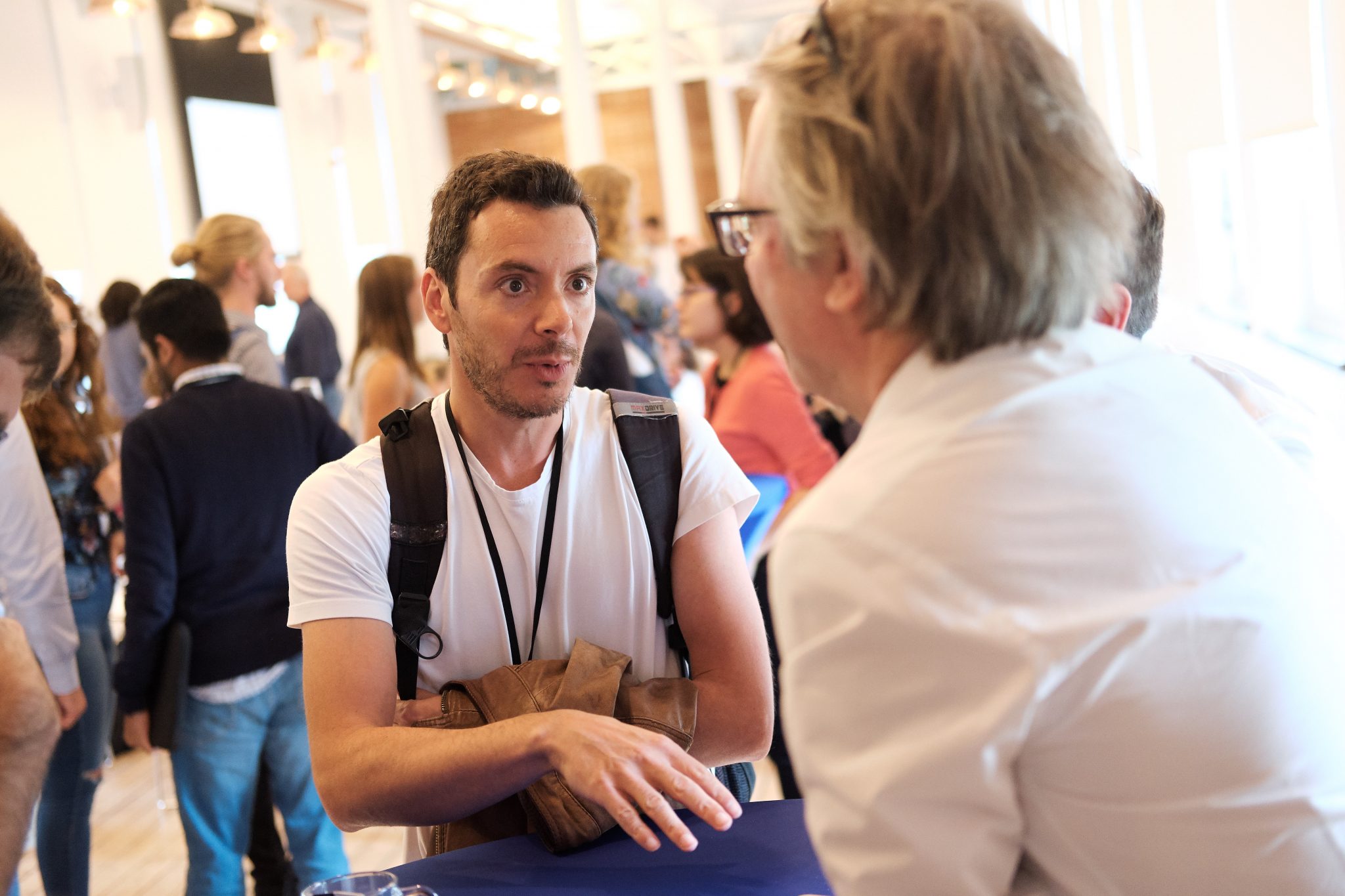 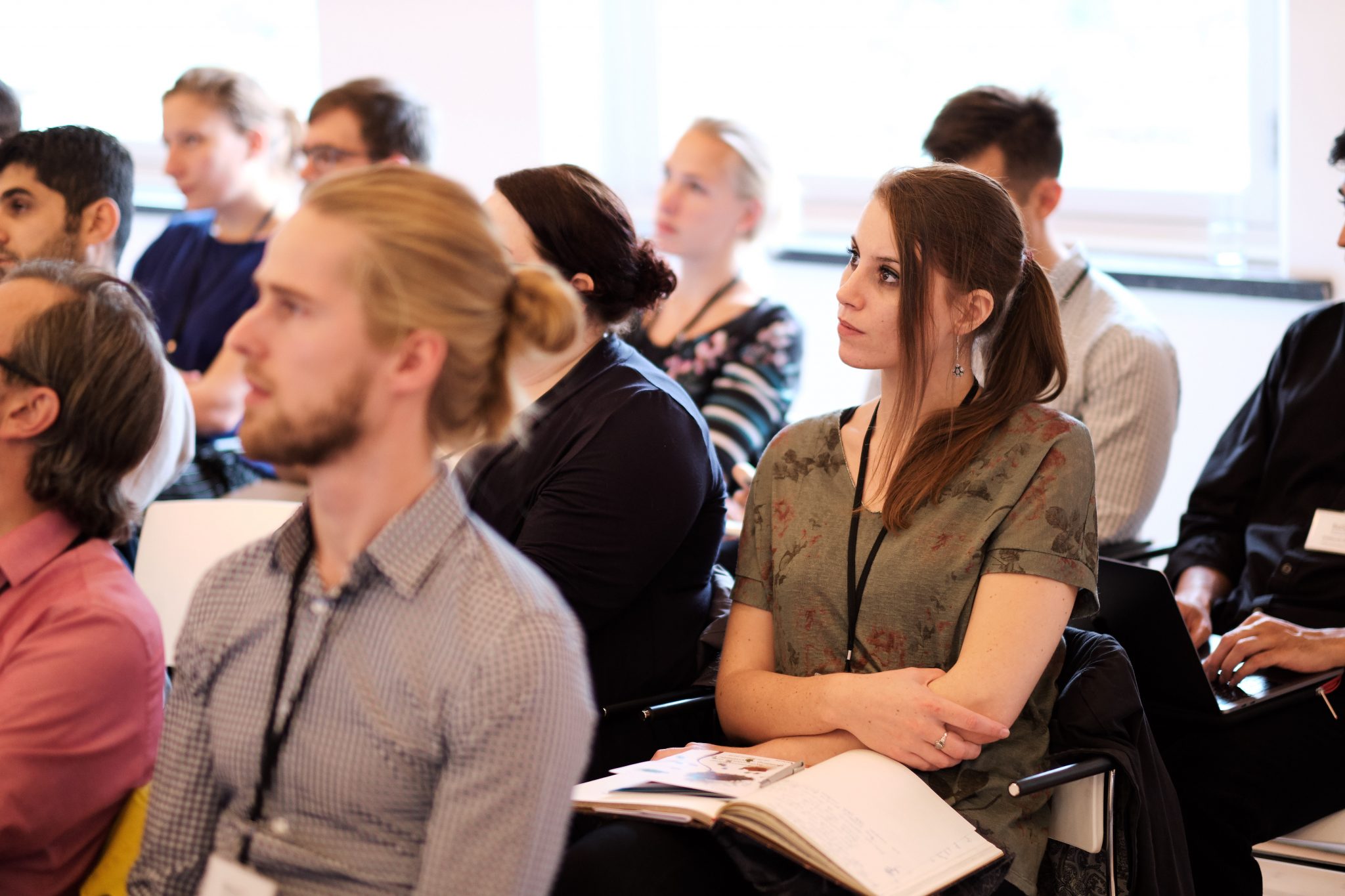 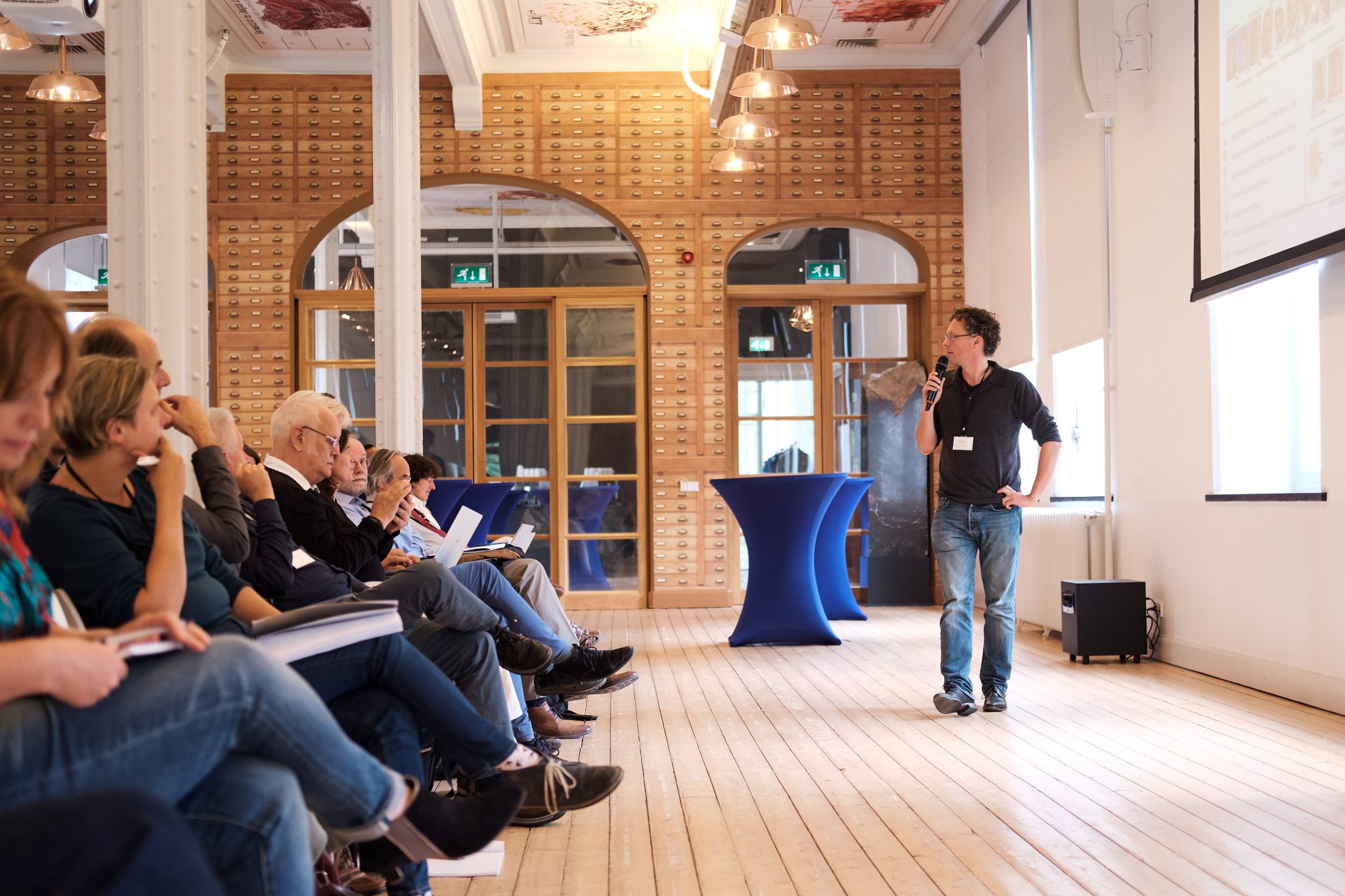 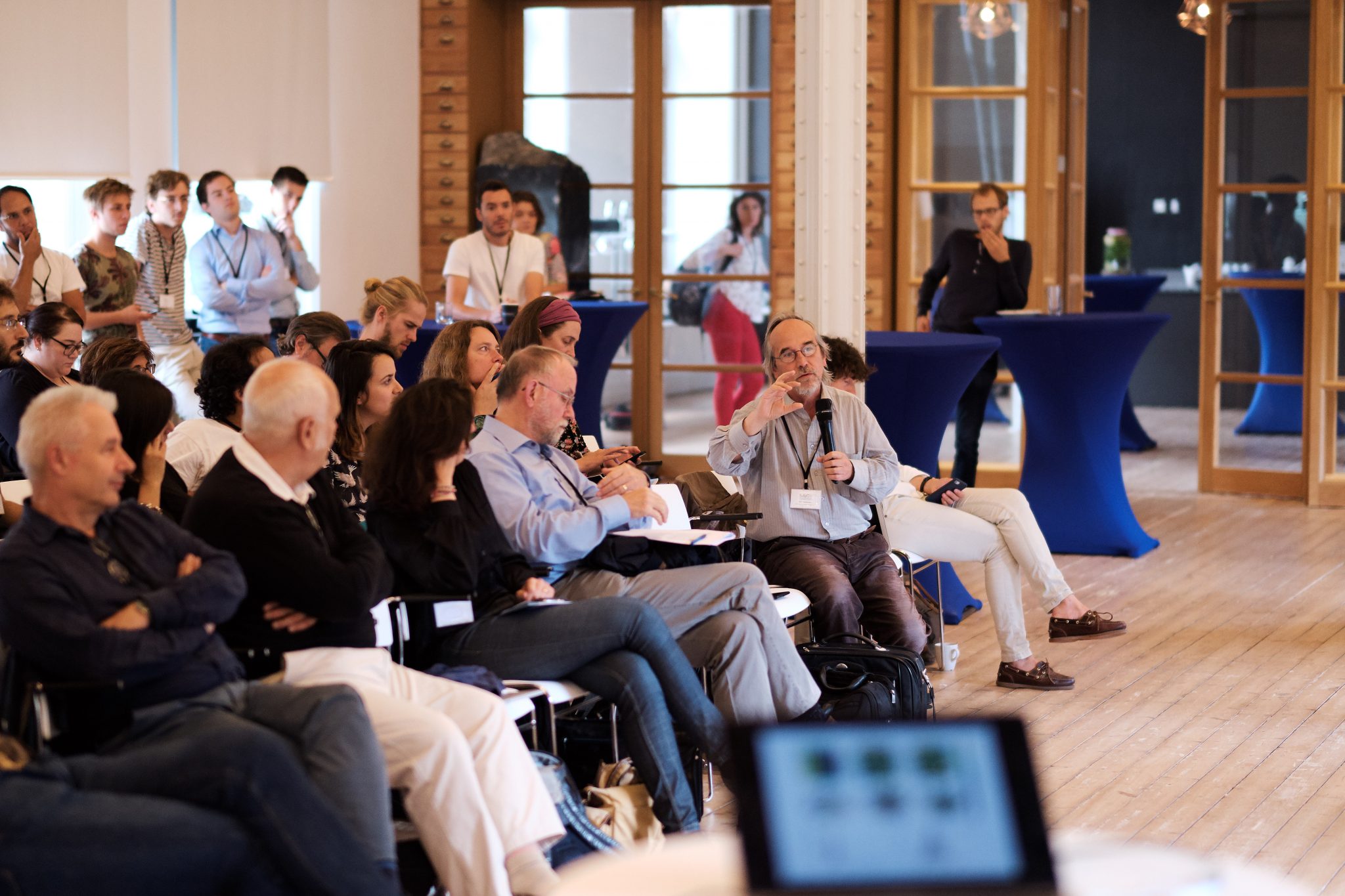 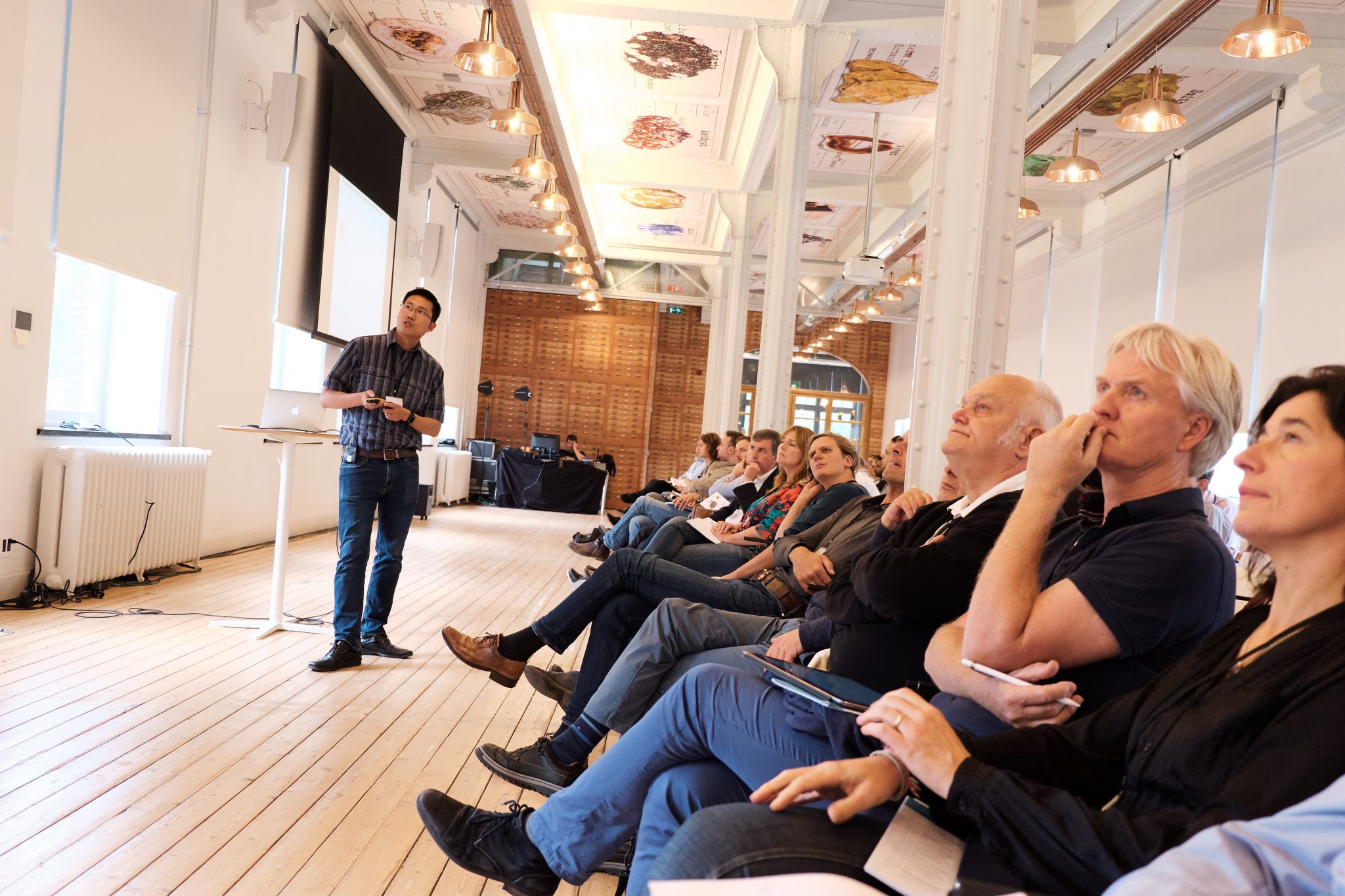 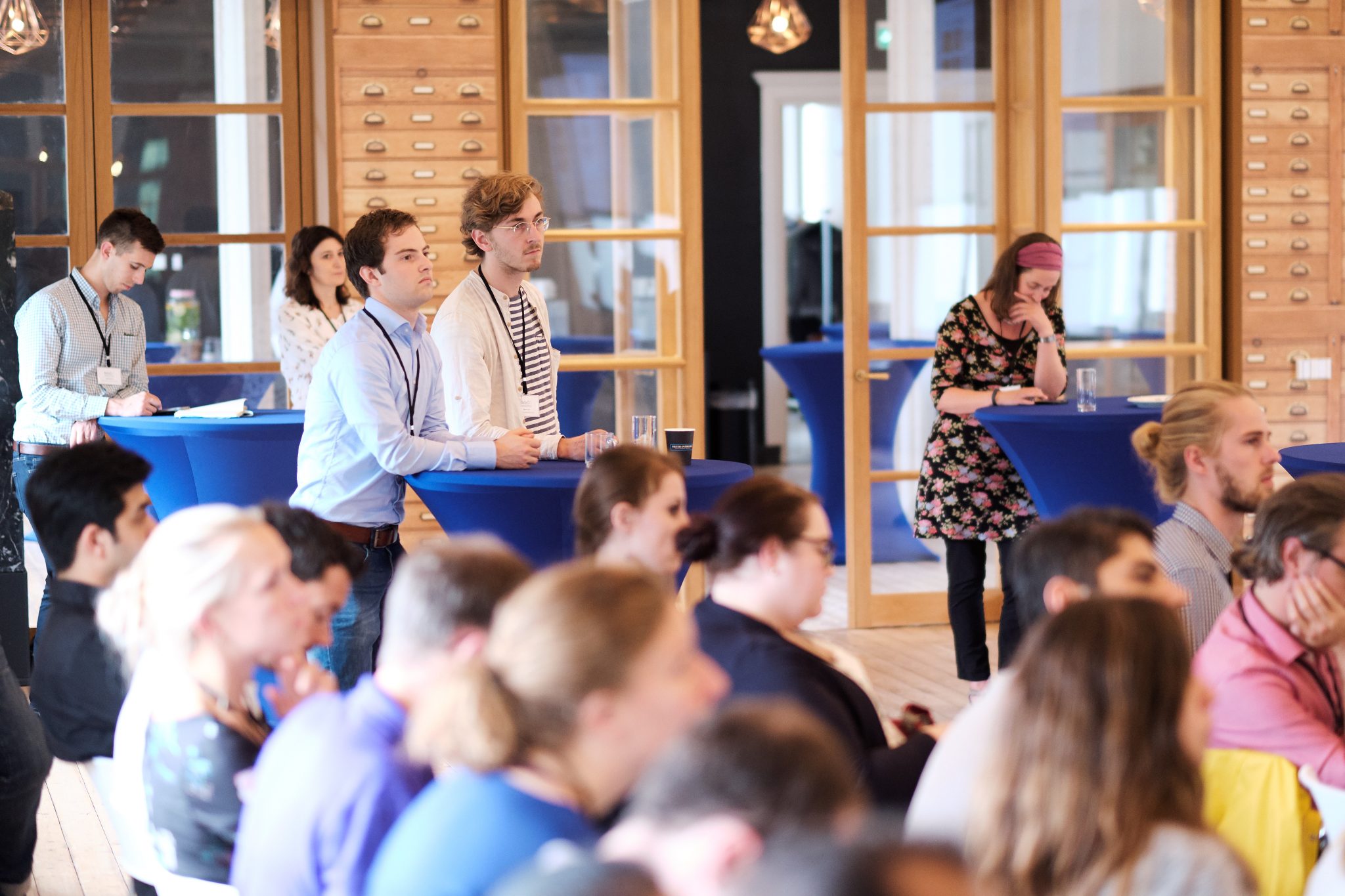 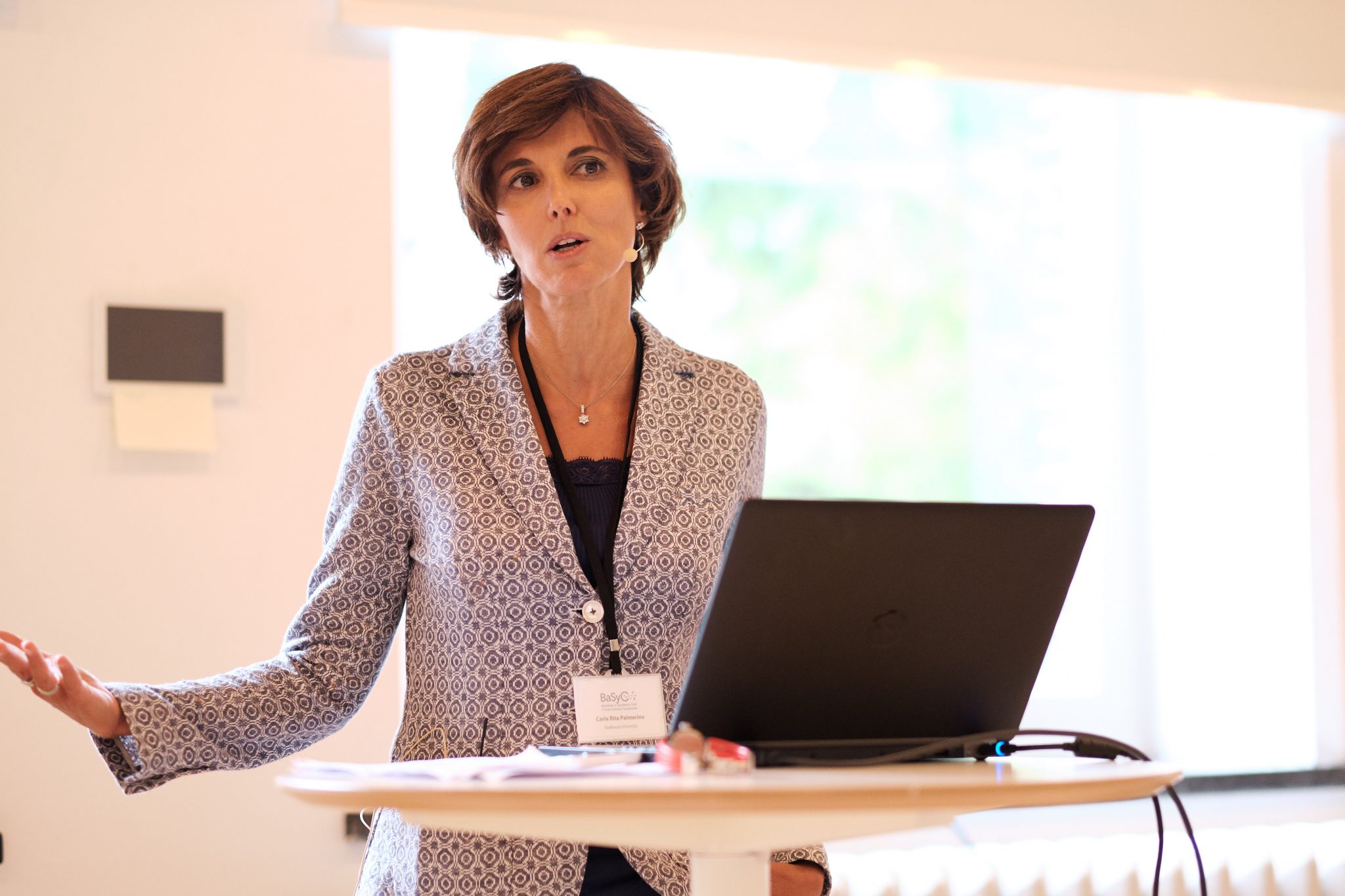 The aim of the symposium

The goal of this international symposium was to bring together researchers worldwide to present and discuss the latest results in cutting-edge research on the synthetic cell, and its future scientific and technological perspectives. In addition, the symposium aimed at further building up on the community involved in this endeavor at the international level.

Special attention was brought to the European Synthetic Cell Flagship Initiative. BaSyC Chair Marileen Dogterom gave an update on the progress of this initiative. Recently, a group of European top researchers has taken the initiative to establish a dedicated European platform with a common ambition to engineer synthetic life using the bottom-up approach. This interdisciplinary community is joining efforts to start a European Synthetic Cell Flagship Initiative.

The Synthetic Cell initiative has its origins in a series of informal meetings that took place starting from 2015. Participants were scientists from the physics and chemistry communities from the Netherlands, Germany and the United Kingdom with a common background in synthetic biology and an ambition to engineer synthetic life. In the past years, the interest in this initiative has grown. It now includes researchers from France, Spain, Norway, Italy, Estonia, Swiss, Slovenia, and Croatia.

The Synthetic Cell initiative is a unique opportunity to combine the efforts of the various relevant networks already operating in Europe in life sciences, physics and chemistry. Progress in this area in the coming five to twenty years will position Europe as the leader in this scientific and technological revolution. You can show your support for the initiative here.