A new form of inter-cell communication is possible with bioluminescence

The authors of a publication in the prestigious journal Nature Communications were inspired by living organisms such as fireflies to build a minimal cell that emits light and uses it to communicate with natural cells. 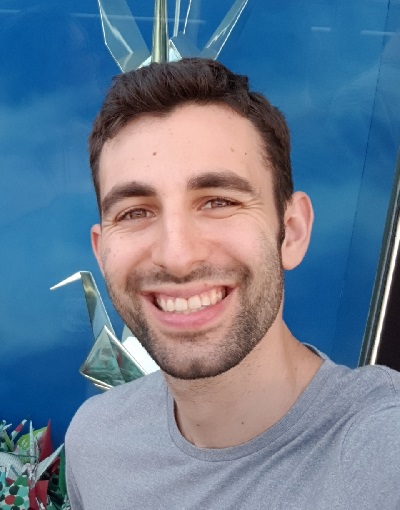 “Imagine if we could activate the production of therapeutic proteins in a patient’s body using light generated by a synthetic cell.” – Dr. Omer Adir, Technion – Israel Institute of Technology

Cells are the smallest building blocks of all life, capable of growth and reproduction. In their quest to understand how life works, nanobiology researchers and engineers are trying to recreate the different structures of cells and their different abilities, such as the ability to divide and produce energy. While this may sound easy, it is a difficult challenge and scientists have not yet succeeded in building a complete synthetic cell that combines all of the multiple abilities necessary for life.

The authors of the paper focused on one of the most important abilities a cell must have: its ability to communicate. And for this, they used a very creative approach, inspired by nature itself.

Dr. Omer Adir, from the Technion – Israeli Institute of Technology and first author of the paper, explained: “I wanted to create a minimal synthetic cell that would be able to communicate with the surrounding natural cells. I was looking for something different from chemical reactions, something that would not conflict with the natural cell’s communication mechanism. Light was the ideal solution, specifically internal light, produced and emitted by the cell itself as fireflies do.”

The team used the bioluminescence mechanism to produce the light. They designed closed membranes that mimic cells, called synthetic cells in the paper, and produced luciferases, proteins that then catalyzed a chemical reaction emitting blue light. The light particles, or photons, passed through the cell membranes and reached natural fungal cells sensitive to blue light, triggering a cascade of reactions including the production of spores.

“Our main challenge was to optimize the light intensity. We needed enough light to activate the reactions in the fungal cells. We had to design the internal environment of the synthetic cell and its membrane in a way that would allow the maximum amount of light to be emitted over a given period of time.

“Light, in some ways, is better than chemicals. Our approach could lead to many applications in the biomedical field. Imagine if we could activate the production of therapeutic proteins in a patient’s body using light generated by a synthetic cell.”

This experiment was unique. Because natural cells do not communicate using light, no one had ever attempted to use light to signal between artificial cell-like structures and natural cells. It took more than three years and required the talents of a great number of researchers.

“Collaboration was key. Synthetic cell research is such a multidisciplinary field that you need the expertise of many people. For example, among the 15 people who collaborated with me were physicists and engineers with expertise in light absorption, who helped me understand what happens to photons when they interact with the membrane; researchers at the Max Plank Institute, who shared methods and materials to produce the most appropriate synthetic cells for the experiment; and imaging experts who helped me capture the synthetic cells in action.”

Intercellular communication using bioluminescent reactions was not their only achievement. “The light generated by our synthetic cell also enabled the activation within the same cell of different intracellular processes such as the induction of protein expression.”

The next steps for Omer, who will begin a postdoc at the Massachusetts Institute of Technology, are now to try to apply this method to other types of cells, and to see if he could further combine this approach with optogenetics, genetically encoded tools for controlling the activity of neurons or other cell types with light.